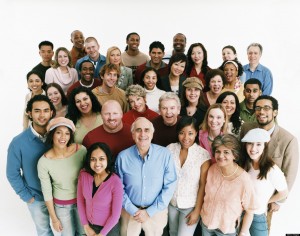 A Nepalese immigrant pastor compassionately helped a refugee couple.  His faithful care made them eager to watch the JESUS film in their own language. During the film’s ending presentation, the couple fell to their knees and prayed to receive Jesus as their Savior. The pastor knelt with them rejoicing.

Behind this story there are two men who were given the same vision from God.  One man was a successful business owner who wanted to use his God-given resources to supply JESUS DVDs to immigrant ministries. The other man, after years of ministry overseas with Campus Crusade, returned to America with a heart for the entire world. He realized that our nation was filling up with people from hard-to-reach countries and they were now free to seek the truth.  What if we could get the story of JESUS into every one of these homes?

When God brought these two men together, the Peoples Connection ministry began. Since November 2006, nearly 3 million multi-language JESUS DVDs have been shipped to hundreds of ministry partners, churches, and individuals who have joined hands to reap the harvest of the nations among us.

NOTE: By September 2018, nearly 5 million multi-language DVDs have been shipped out