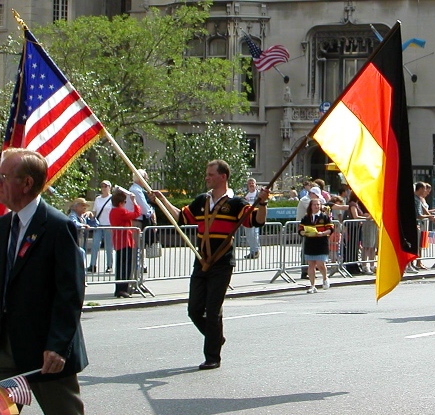 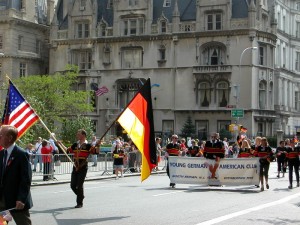 NYC hosted the most popular German-American celebration this past weekend: the 57th Annual Steuban Parade (and military-band concert, gala and Oktoberfest)!  The colorful musical parade, complete with elaborate floats and participants in traditional costumes, marched and danced down 5th Avenue for 20 blocks.  You can view previous parades. Other cities hold similar annual events.

Today, there are approximately 50 million German-Americans.  The first major groups of German immigrants settled in New York and Pennsylvania in the 1670s.  German immigration continued and 8 million arrived in the 19th century.  They hoped for new land, religious/political freedom and economic opportunities.  German-Americans have added much to US culture: kindergartens, Christmas Trees, and even hot dogs and hamburgers! 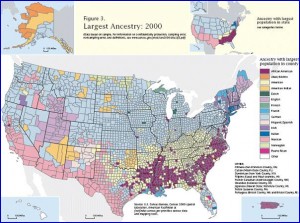 Today, most of those with German heritage have assimilated into American culture and no longer stand out.  There are, however, still some cities with German communities.