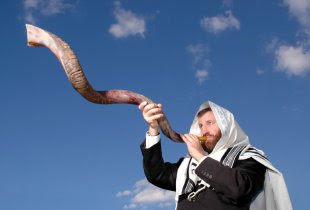 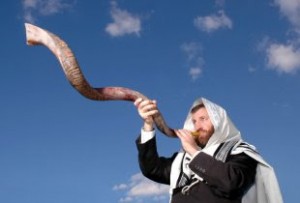 The 2-day Jewish New Year, called Rosh Hashanah, began at sundown yesterday. It is one of the High Holy Days that takes place in early Autumn; Yom Kippur is another and is observed 10 days later. The days in between allow time for self-examination and repentance. Rosh Hashanah focuses on life: the creation, God’s provision of a sacrificial lamb for Abraham, and the hope for eternal life. The rams horn is blown during the synagogue gatherings. Families get together and enjoy special foods like challah bread symbolizing life and apples dipped in honey to bring in a sweet new year.

Jews have lived in America since the mid-17th century. The 2012 census estimates the Jewish population is between 5 and 8 million; this is 1.7% to 2.6% of US population. NYC has the second largest Jewish population in the world (second to Israel itself of course). Jews are abundant in many other US cities as well: Miami, Los Angeles, Baltimore, Boston, Chicago, San Francisco, and Philadelphia.

To learn more about Rosh Hashanah, here are a couple great websites:

• 11 Questions About Rosh Hashanah and Yom Kippur You Were Too Embarrassed to Ask
• Jewish Holidays: Rosh Hashanah