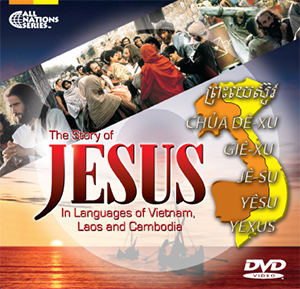 A story from Jesus Film Project:

“A Southeast Asian Campus Crusade for Christ® staff member visited a restaurant where, unbeknownst to him, the owner had been showing the JESUS film for several years. The owner said approximately 30 people—including some from the dominant religion—had come to Christ as a result of watching the film in their heart language. Despite the very real threat of radical groups in the town, the owner said he continues to show the film when there is no indication of danger.”

Note: Consider using the “JESUS” DVD – Southeast Asian Languages (VL) for outreach.  It contains both the JESUS Film and The Story of JESUS for Children in 8 languages!